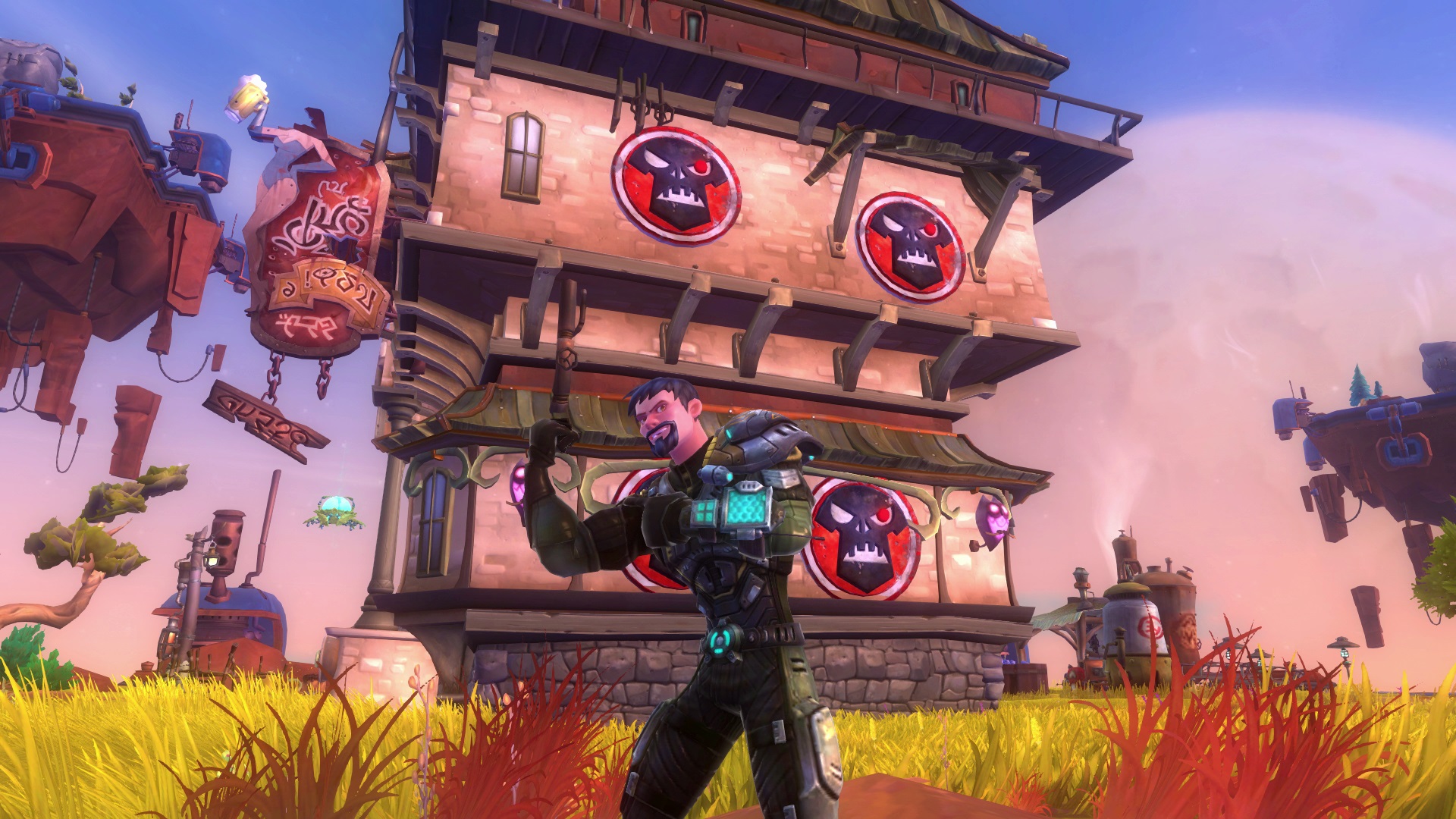 Wildstar, a game destined to rebirth the glory of Vanilla World of Warcraft. A game where Dungeons are hard, and Raidz are insane. A game which doesn’t compromise accessibility for exclusivity.

Wildstar is a game praised for it’s fluid combat system, whimsical nature,  it’s ability to make anything in the game fun to do.

It has done it’s hardest to say to everyone “We have something you will love” with challenges, paths, crafting, and almost every aspect of the game was enjoyable in some way. Even the frustrating Crafting system of discovery was good in a way.

So! Lets get online and play some Wildstar then!

Experience of City Life within Wildstar is a vastly different experience from that within World of Warcraft, Guild Wars 2, or The Old Republic.

When you go onto any one of those games, within 5 minutes you will see some discussion within /map or /zone or whichever the game uses. You will see people advertising their guild. People requesting groups for Dungeons/Flashpoints/Fractals/etc.

You might even see people gathering together for PvP.

To understand this, we need to go back to explain one of Wildstar’s Features; Elder Game.

The Elder Game was proclaimed as an expanded experience that players would start playing once they reached max level. What this means in practice is you unlock harder dungeons, the full PvP experience and raids. Oh, and zones which give repeatable quests for a lot of money.

None of these features are inherently bad though, so why does Wildstar feel empty?

Lets go back to Month 1. You have the first people to reach max level. who have unlocked all this new content. Brilliant! They get to experience the Eldergame First and- oh no wait. There aren’t enough people who are max level yet. so.. Rated PvP takes hours upon hours. Veteran Dungeons are too intimidating for the small groups. Raids and Warplots are non existent.

What does that leave… Daily zones or waiting.

Some people quit, but a fair few are waiting. they know other people are on their way and when that happens, great elder game awaits!

Now we reach a complication.

You have a load of max level players now. Enough players to play all the endgame content. Great! However, there is still the tiniest fraction of players doing any of it.

This complication has nothing to do the fact you need to be attuned to do raids, or that you need a warparty to do warplots. After all, other games have no problems with them.

Ultimately this problem is Housing.

In other games, people gather in a central location. World Of Warcraft is a good example for this:

Vanilla had Orgrimmar and Stormwind.

Wrath of the Lich King had Dalaran.

and so on and so forth.

and as we said before, people gather and communicate in these locations.

In Wildstar, people go to houses.

Housing has been praised across the internet has a fantastic part of Wildstar, people build beautiful crazy inventions, from Jungle tropics with underwater caves, to Death Fortresses of Doooooom, to Space Stations on Asteroids. Practically everything in the game has some micro-form that can be dropped onto your housing plot.

But they are places to go alone or with a few friends. Not a place you gather at to find other people of like minded goals for PvP or Dungeons. Not only that, but players go to houses to chill out. You don’t see them hanging around in cities beyond those who have come to use the crafting stations, or those passing through the starship hub.

Now that my explanation is over, another question arises..

Does Wildstar need these social hubs to succeed?

If players genuinely want to seek out others to join content with, there are outlets, not to mention that we are only entering the fourth Month of Wildstar’s life. But in four months, a very large population of the game has left, so something arguably is wrong here.

There are ways you can enjoy the content. Dedicated guilds are still active and help each other get through the Elder Game, with Raid Attunement and dungeons. and they can be very enjoyable. Guilds forming together in order to do the endgame is ultimately the point. the game is designed with that in mind.

So, has wildstar flopped already? or will it rise back up. The Monthly promise of content drops has a large amount of promise, and Carbine certainly have plenty of room to entice players to return.